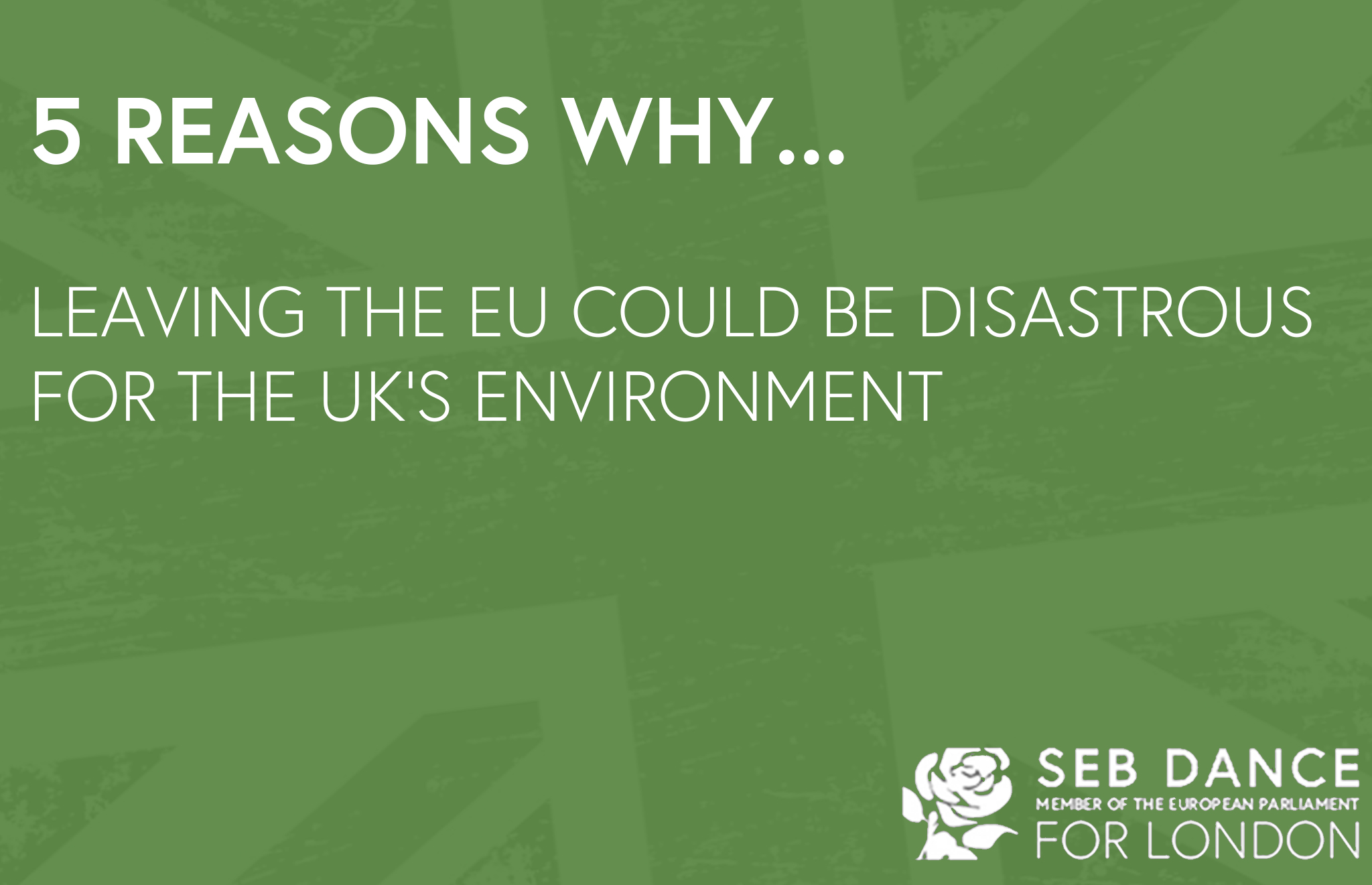 During the 1970s and 80s the UK earned the ignominious title of ‘the dirty man of Europe’. We spewed out the highest levels of acid rain-causing sulphur dioxide across the EU, our beaches were awash with sewage, and the water we drank could often contain an alarming cocktail of harmful chemicals.

Our membership of the European Union has driven up environmental standards and given our country a vastly cleaner bill of health (although more can always be done!).

Here are five reasons why leaving the EU would be disastrous for the UK’s environment:

1. The UK cannot tackle the big environmental challenges on our own: over a third of the dirty air we breathe is blown in across the Channel; UK CO2 emission reductions alone will not avoid catastrophic climate change; and many of our iconic bird species face risks as they migrate across countries without laws to protect them. The big environmental challenges do not respect borders; we need to work with our European partners to tackle them.

2. Many of the laws that protect our environment are enshrined in European law. These have delivered cleaner beaches, safer drinking water, limits on air pollutants, food that is free from harmful chemicals, vehicle exhaust standards and wildlife protection. European rules go a long way to protect our environment and us. Leaving would put all of these hard fought gains at risk.

3. It allows us to influence our European neighbours and stops a race to the bottom. Don’t like hunters shooting migrating birds before they breed? Worried about countries not taking action to stop burning vast amounts of coal? Concerned about overfishing in the North Sea? Being a member of the EU allows us to act. Because all 28 member countries are signed up to the same laws, it limits the ability of states to bend the rules and risk people’s health and the environment to get a short-term edge at the expense of long-term gains.

4. Membership gives us considerable clout on the global stage.The EU played a pivotal role at the successful Paris climate change talks, showing that countries can achieve much more together, than on our own. It also gave the UK two seats around the negotiating table. The collective population of 503 million people gives the EU considerable influence on the environmental impact and safety of globally-manufactured products. It would be disingenuous to argue the UK could match this alone.

5. Beware the return of the dirty man.  David Cameron’s willingness to concede ground to narrow-minded climate change-sceptics and environmental cynics on the Tory backbenches is pushing the UK to the fringes of the debate. His government has scrapped subsidies for renewable sources of energy at home, and lobbied against tougher limits of air pollution in Europe. If we left the EU we would lose all the environmental protection it guarantees; it is almost certain we would not get a lot of it back.