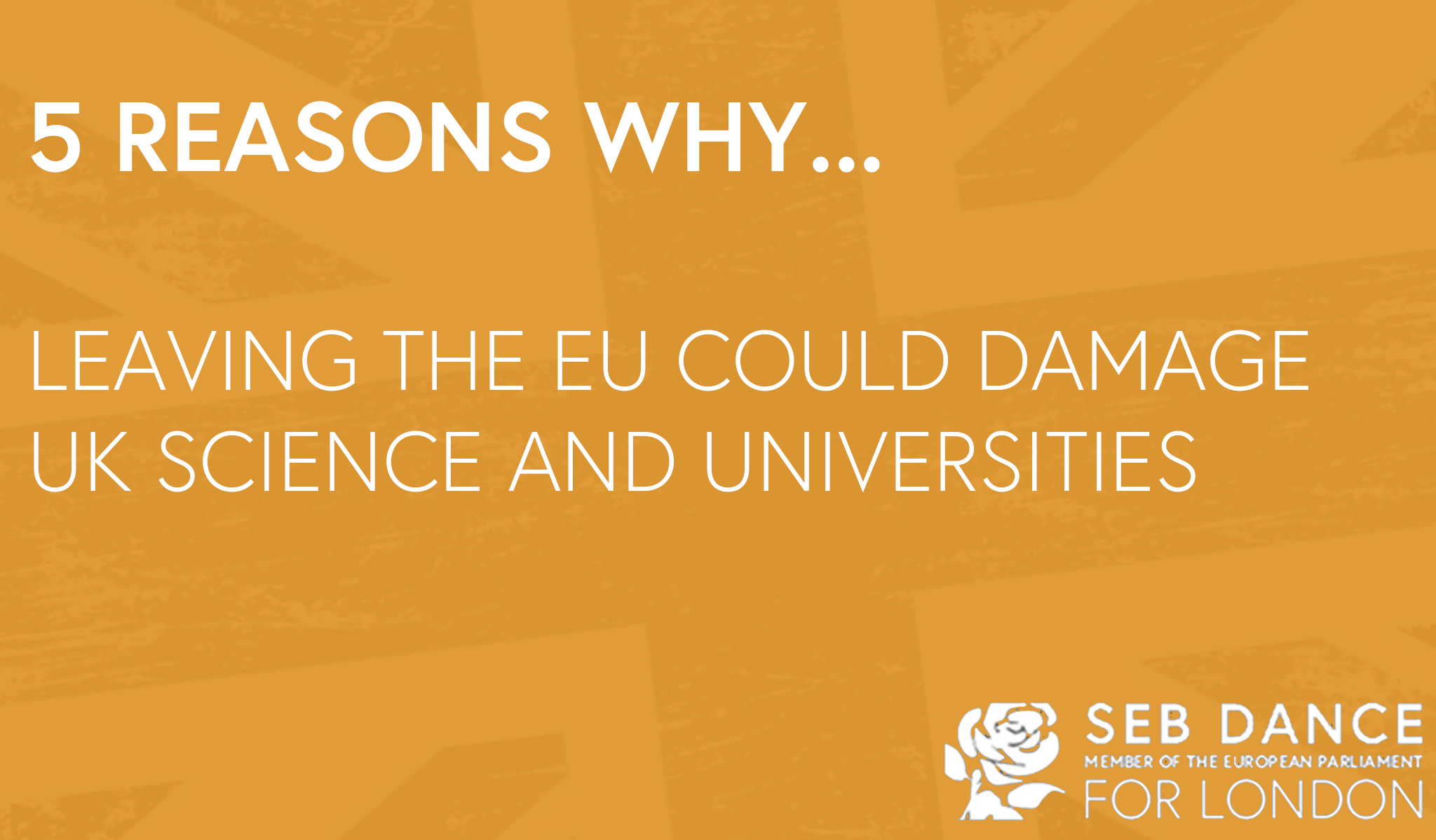 The EU is a boon to UK science and our universities. The EU provides the funds and the framework for the UK to collaborate and pool resources with our partners, and the spectre of losing these benefits on Brexit, has united the science and educational communities behind the need for us to stay.

Indeed, evidence given to the ongoing House of Lords inquiry on the relationship between EU and UK science was so unanimously in favour of continued membership, that it was left to the reactionary Vote Leave campaign to offer the only pro-"Brexit" case. There were 71 submissions in total…

Here are just 5 reasons why it’s better for Britain to stay in the EU for our burgeoning science industry and UK universities:

1. We receive a lot of pooled science funding from the EU

In fact we do disproportionately well. Out of the 28 EU member states, Britain is at the forefront of securing EU funding. Between 2007-2014 we were the second biggest recipients of funding relative to our size and in real terms – over £5 billion in total.

2. The funds, collaboration and free movement of skills afforded by the EU benefit our universities

When it comes to research funding, British universities receive a higher percentage per institution than any other country in Europe. While our universities prosper from this additional financial firepower, we also benefit from collaboration with other countries, pooling resources, sharing expertise, and saving money by working together to ensure 28 countries don't duplicate the same research. The EU also provides the perfect framework to attract leading academics and top students. If we left the EU, we would leave this vital network.

3. The EU has become a global leader in science, why would we leave?

The EU now produces 34% more science output than the US. It has tripled its science budget at a time when the UK’s has been shrinking. This has protected UK science from its own government's cuts. By working together and sharing people and resources, all 28 European countries have created a world-beating hub of scientific research. Why on earth would we leave such an arrangement and pull out of key collaborations in aerospace, medicine, transport and energy; key growth areas for our economy?

4. If we leave, key scientific sites could close, jobs could be lost, and our competitive advantage wasted

The UK has done very well from these agreements. Sites including the European Medicines Agency and the UK’s booming space industry are dependent on our membership of the EU and the funding it provides. Leaving could put their future into serious doubt. Professor Steve Crowley, who runs the UK’s national laboratory for fusion research – technology that could produce 20 per cent of the world’s electricity – said the UK has “the greatest capability for fusion in the world [and] that capability is supported largely by European money”.

5. The alternative routes are dead ends

There is no clear indication other EU countries would allow us to simply opt back in to EU research projects. In theory they could, but the goalposts would be significantly moved. Under the Norwegian scenario, we would have to stump up the membership fee but lose early access to and influence over research programmes. If we go for the Swiss option, we would be locked in constant negotiations over the terms of each deal, hardly ideal when it comes to the long-term strategic planning needed to for scientific research projects. The lack of certainty and confidence would significantly impact our ability to develop research in key growth areas for our economy.