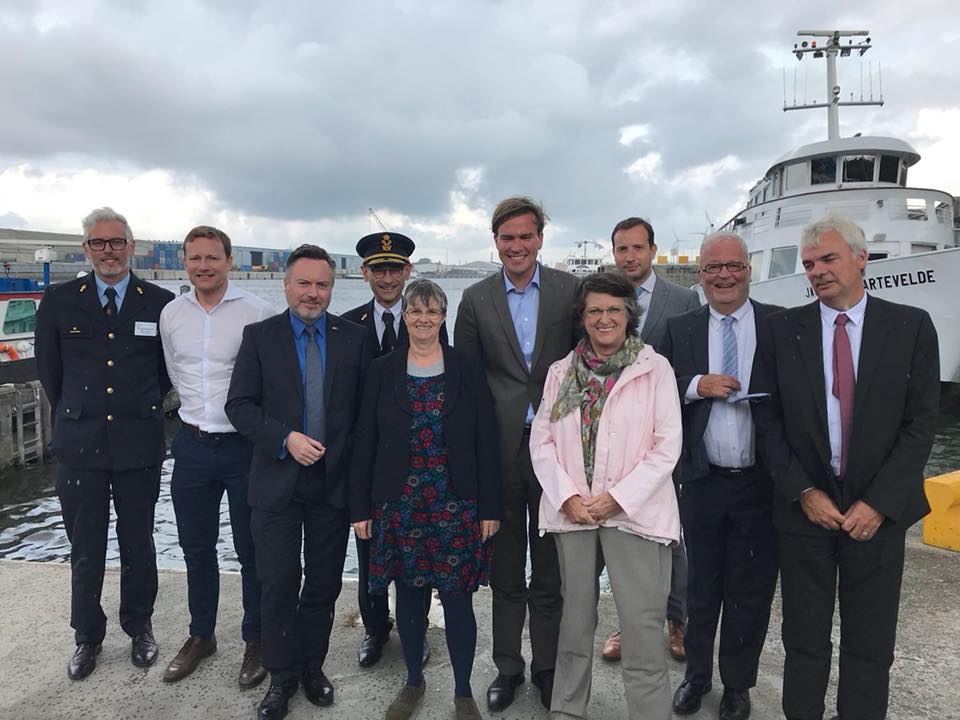 Seb Dance, Labour Member of the European Parliament for London, has joined a cross-party group of MEPs on a visit to the North Sea Port in Ghent, to find out about their Brexit contingency planning and the huge risks posed by a ‘no deal’ Brexit.

The group heard from representatives of the Port and Belgian Customs officials, as well as the car manufacturer Honda, about the vital need to maintain the current, seamless border co-operation after March 2019, and the risks of cross-border trade grinding to a halt without a Customs Union.

“This visit has thrown into sharp relief the potential for chaos if the UK does not maintain the current levels of alignment with the EU after March next year, and has shown once again the UK Government’s abject failure to properly prepare for Brexit.

“We heard today that the majority of food on our supermarket shelves comes via the continental ports. Orders placed by 3pm one day will be on the shelves by 5am the next. Even under the most ambitious free trade agreement, without a customs union this will grind to a halt. Similarly, we heard from Honda that their Swindon plant relies on 350 deliveries per day of EU-sourced parts, which are typically on site for less than an hour before assembly. They are doing all they can to mitigate the extra cost and time associated with delays, but their biggest concern is for the small British businesses in their supply chain, who rely on frictionless, cost effective trade with the EU to get small parts to Honda.

“And what is the Government’s response to this? Not to do everything in its power to avoid this situation, but to sign a contract for Portaloos for lorry drivers stuck in three-day queues on the M20.”