Brexit is bad for your health 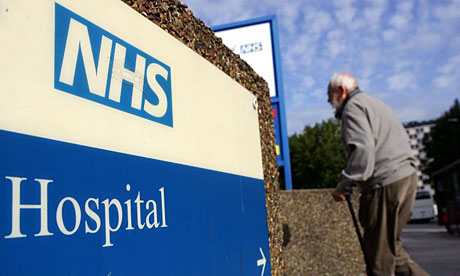 This article first appeared on LabourList on 4 August 2017

Those of us who campaigned to stay in the European Union and who remain unconverted to the Brexit cause are used to being accused of “scaremongering” or attempting to deny “the will of the people.” However, there are sound reasons why leaving the EU could have a profoundly detrimental impact on our nation’s health.

Before the vote to leave last year, few people had probably given much thought to the European Medicines Agency, the headquarters of which are currently in London. The agency is the EU body responsible for evaluating and supervising the use of medicinal products. It licenses medicines that are sold across all member states. Brexit will mean the UK leaving the EMA and its relocation to elsewhere in Europe. This could mean patients waiting longer to gain access to potentially life-saving medication.

Earlier this year, the Association of the British Pharmaceutical Industry estimated patients in the UK could be waiting six to 12 months longer than those in the remaining EU states for new drugs, with Britain suddenly representing a much smaller share of the market for the pharmaceutical companies. The government has since suggested Britain will continue to work with the EMA, although not as a member, but it remains to be seen how this will work in practice to ensure the NHS and its patients are not disadvantaged when it comes to access to vital, new medication.

Access to medication may be less of an issue, however, than ensuring we actually have the doctors and nurses capable of administering them. The loss of some of the NHS’ brightest and best could well be one of the most damaging consequences of our decision to leave. Record numbers of EU nationals are already leaving the employment of the health service, with the British Medical Association suggesting up to a quarter of doctors from the European Economic Area working in the NHS would consider leaving. This is on top of a 96 percent drop reported in nursing applications from the EU.

These sort of numbers, if borne out, would cause an unprecedented staffing crisis, putting public health in severe jeopardy. More than that, however, it is simply unconscionable that people who have dedicated their careers to our NHS and contributed so much to our society, have been made to feel that they are somehow no longer welcome. Theresa May’s abject failure to fully guarantee the rights of EU citizens in Britain is shameful, and its effects may be felt in the NHS for many years to come.

Another great mistake by the Tory government in its calamitous approach to Brexit is its failure to confirm our future membership of Euratom- the European atomic energy community. As well as a vital role in ensuring the security of Europe’s nuclear energy supply, Euratom acts as a vital part in the supply chain for isotopes used in the treatments of some cancers. The Royal College of Radiologists has already raised concerns about the impact of any break in this supply on the thousands of cancer patients whose treatment depends on these isotopes.

This row – like so much else in this debate- could easily have been avoided if it was not for the incompetence of this government. Euratom remains legally distinct from the rest of the European Union, outside of the control of the European parliament. It was unnecessary posturing on the part of the government to include an intention to withdraw in its letter triggering article 50. Another example of how the Tories simply cannot be trusted with these negotiations.

Every part of our health service could be negatively impacted by us leaving the EU. That is not what anyone voted for last year – and the government must take action to ensure that no one’s health suffers as a result of Brexit.