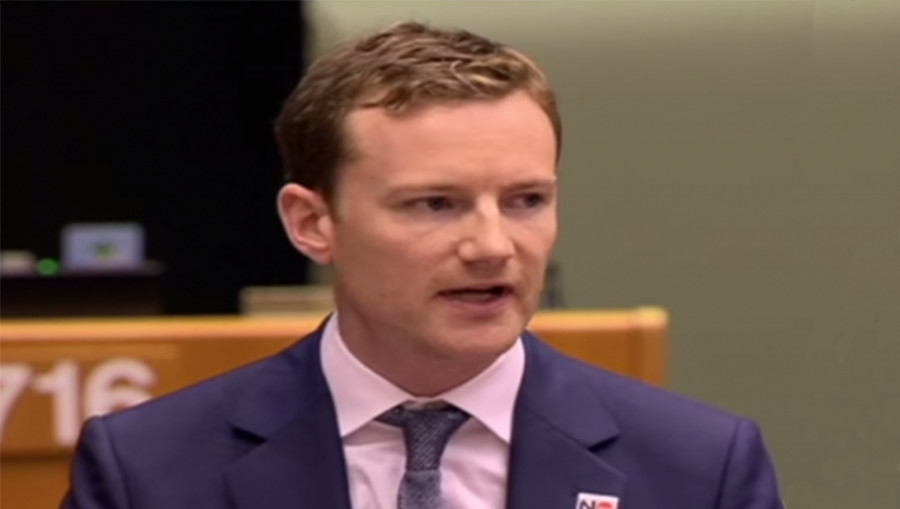 Today in Plenary, I spoke in favour of a motion calling for all aspects of the Good Friday Agreement to be implemented as quickly as possible. Here’s a video and the full contents of my speech, including a comment on Paul Nuttal’s prior ill-informed intervention:

"Madam President, I never thought to hear the words ʽIt is my country, not yoursʼ screamed across this Chamber and one wonders what Mr Nuttall might think of the intervention of the United States in the Northern Ireland peace process, which was instrumental.

"Labour MEPs agree with the motion for a resolution and that all aspects of the Good Friday Agreement be implemented as quickly as possible.

"For me it was an enormous pleasure and privilege to work for a Labour Secretary of State for Northern Ireland at a time when a crucial part of the devolution and peace process was delivered: the devolution of criminal justice and policing powers. To get to that point required enormous amounts of effort from all concerned, but the effort was worth it, and the key part of that success was ensuring that everyone had a stake and a say in how their communities were run.

"A whole new generation is now emerging since the Good Friday Agreement was signed and if this generation is to know nothing of the hatred, bombs, fear and bullets of the past, then we have duty to ensure that this process does not now come to a halt. The Northern Ireland peace process can show the world the benefits of politics in achieving peace, but the impasse which has been mentioned cannot continue or tomorrowʼs political leaders will have less incentive to take it up.

"We must do all we can to ensure that the new generation finds that the political process is infinitely preferable to the alternative. This requires effort and a willingness to sit down with your political opponents and I urge all parties to invest politically, emotionally and financially, and to deliver for this and future generations in this most beautiful part of Europe."