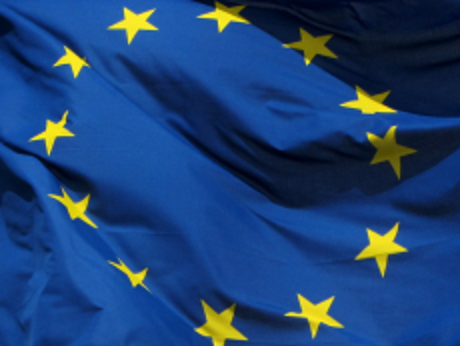 This article first appeared at inews.co.uk on 1 October 2018

In an attempt to appeal to the furthest fringes of the Tory Party, Jeremy Hunt has used deliberately incendiary language in comparing the European Union to a ‘prison’ of the Soviet Union.

The Foreign Secretary shows a complete lack of understanding of the appalling reality faced by current EU member states who were under Soviet rule. It also shows a total disregard for the many brave Europeans, who lost family and friends at the hands of that brutal regime, and campaigned tirelessly for democracy and, ultimately, EU membership for their countries.

Let us take the example of Lithuania’s European Commissioner, Vytenis Andriukaitis. Born in a Soviet gulag, he bravely worked for years as part of the underground resistance to Soviet rule. He was famously pictured in 2016 holding his head in his hands during a speech by Nigel Farage. Hunt is now shamelessly co-opting the same language Farage used about the EU and USSR.

The Latvian Ambassador to the U.K. responded on twitter, pointing out that “Soviets killed, deported, exiled and imprisoned 100 thousands of Latvia's inhabitants…and ruined lives of 3 generations, while the EU has brought prosperity, equality, growth, respect.”

This is not just an issue of history- my colleagues from the Baltic states are very concerned by a systematic campaign by Russia now to undermine democracy in their countries, and  shake their commitment to the EU. Rather than standing firm with our friends and allies, the Foreign Secretary, in a government consumed by Brexit, chooses to feed the Kremlin propaganda war with his cheap rhetoric.

It is worth noting that the EU- USSR comparison originated with far-right terrorist Anders Breivik. This point will not be lost on our Scandinavian colleagues, who possess a veto on the U.K. joining the EEA. It seems that none of this matters to the Foreign Secretary, who chose to use his speech as a pitch for the Tory Party leadership, with an appeal to the fringe elements of his party.

It is deeply troubling that since the referendum in June 2016 the Conservative Party seems to be falling to a slow and steady takeover by a far-right which often makes ludicrous comparisons for its own ends. Indeed, we need look no further than Nigel Farage’s own response to these appalling comments- that Hunt was now “talking his language.”

Aping the language of Farage, the government pander to those who seek to undermine our own democracy and poison our public debate. Indeed, there is no longer room in today’s Conservative Party for Julie Girling and Richard Ashworth, my decent, sensible and courageous colleagues in the European Parliament, expelled from the party for speaking the truth about Brexit.

Hunt wilfully ignores the fact that the U.K freely opted to leave the E.U. and chose to trigger article 50 recklessly early. At no point have our European colleagues sought to impede us, they have merely let us know that the door was still open should we ever see fit to change our minds.

As we enter the most crucial stage of negotiations with our neighbours, Hunt has further diminished the reputation of the UK as a sensible and honourable negotiating partner, and in doing so has moved us closer to the catastrophic possibility of no deal.