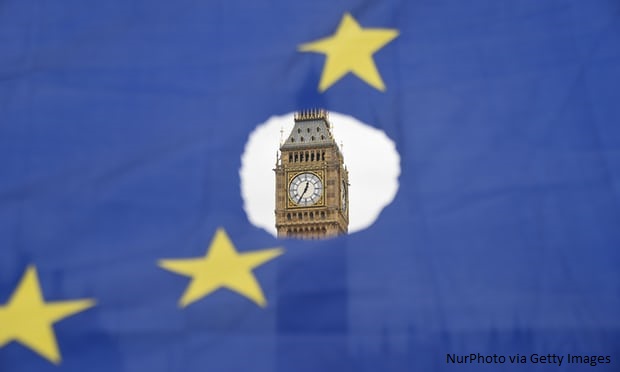 This article originally appeared in The Guardian on 29 August 2017

Labour’s commitment to retaining Britain’s membership of the single market and the customs union during any post-Brexit transition is a brave and welcome move. It is overwhelmingly in our national economic interest. That Jeremy Corbyn has been criticised for it by Nigel Farage – a man who has never genuinely stood up for Britain’s best interests – should be worn as a badge of pride by all in the Labour movement, and convince any waverers that we’re on the right path.

This Tory government is making a mess of the Brexit negotiations – and putting the future of our country at risk. A lengthy transition period is now increasingly needed and increasingly likely. Retaining Britain’s privileged place within the single market and customs union during this transition – rejecting the Tory vision of a job-destroying, cliff-edge hard Brexit – will begin to protect our economy.

But a transition period, however long, doesn’t end the threat posed by Brexit: it simply delays the moment when we fall out of the vital trading relationships we have built our economy around for over 40 years. That is why Keir Starmer is right to also hold out the possibility of Britain remaining permanently part of the single market and customs union.

I have never made any secret of my belief that Britain would be better off staying in the European Union. Equally, I don’t believe that anyone in this country voted in the referendum to make themselves poorer. Yet there has been a consistent attempt over the last year by leading Brexiteers to pretend that the leave campaign made the economic dangers clear. It did not. Throughout the campaign they actually said Britain would be better off – not worse off – and that the warnings from the remain side were wrong. Now that the economic costs of leaving are starting to become clear, we are told that these costs are worth it, that people voted in spite of the economic hit their communities and families would face.

Of course that’s not true, which is why – if we are to limit the economic damage caused by Brexit – we need to stay permanently in the single market and the customs union. If we want to be able to fund the anti-austerity manifesto Labour put to the public in 2017, we can’t afford a multi-billion pound hit to the public finances, which would mean less money for schools and hospitals. If we want to stop a race to the bottom on workers’ rights or consumer standards, we need to stay part of the single market. And if we want our children to have decent jobs and life-changing opportunities, we need to remain a country where businesses want to invest, not one they want to leave.

These facts are not just arguments for a transition. There is no better trading relationship with the EU outside the single market now, and there will be no better economic agreement outside the EU waiting for us in five years’ time. This is the fantasy the Tories have been pushing since the referendum – it will still be a fantasy after any transition.

Since the referendum, the government has sought to close down any debate on what Brexit should look like. Labour’s position now opens the possibility of a realistic and grounded discussion on the future direction of our country. I hope now that businesses, trade unions and all campaigning groups will have the confidence to start making the case for what they know is right.

As part of this debate, Labour must show bravery not just on the single market, but on freedom of movement too. False arguments that deny the huge advantages to Britain from EU migration must be defeated. By doing so, Labour can once again be the great anti-racism party and the party of economic competence in Britain today.