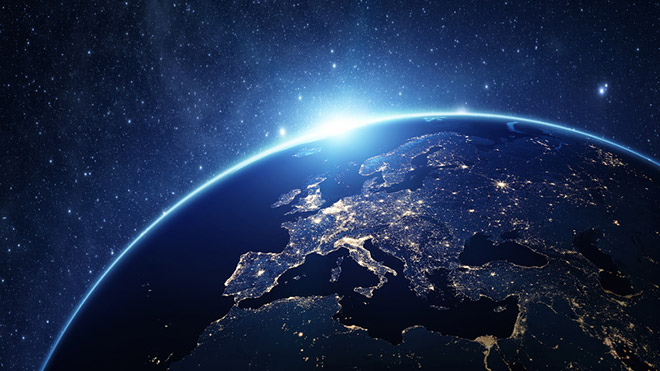 Theresa May says ‘Brexit means Brexit’, yet no one knows what Brexit will look like. The lack of a plan has caused unprecedented levels of political and economic uncertainty. It has also cast doubt of the future of the UK’s – indeed the EU’s – environmental and climate change policy.

In November, the United Nations Framework Convention on Climate Change will reconvene after last year’s successful UN Paris climate agreement. The majority of the world’s nations will descend on Marrakesh to flesh out how they plan to curb dangerous levels of CO2 and avoid catastrophic levels of climate change.

While the world’s two biggest emitters, the US and China, have already signed and formally ratified the agreement, the UK is yet to do so amidst uncertainty about its relationship with co-signatories in the EU, which is collectively the world’s third biggest emitter.

All countries that sign up to the agreement will be expected to significantly increase investment in green industries, but for the UK, facing an uncertain future after the referendum result, the stakes and possible gains are extremely high.

Between 2010 and 2013 the number of people employed in the UK by the renewables industries surged to 35,000. Based on the UK’s current trajectory of emissions reductions, the UN has forecast that this figure could reach the hundreds of thousands by 2030.

Generating more energy from greener sources is about bringing better quality services and better, long-term jobs, and as the TUC’s report ‘Powering Ahead’noted – particularly to those communities in the UK that desperately need them.

Renewable industries are crucial in freeing us from damaging fossil fuels that are increasingly sourced from unstable parts of the world. Moving towards self-reliance via energy sourced from wind, waves, and solar, would greatly increase energy security, reducing heating and energy bills for British consumers.

By opting for an ambitious contribution to the UN’s climate deal, Britain could create a climate of certainty for investors in renewables and green technology, which could go some way to offsetting the effects of the uncertainty surrounding our membership of the EU.

The UK government has insisted its energy policy outlook will remain the same and May has pledged to ratify the deal while the new energy secretary, Amber Rudd, has insisted the government would continue to keep its climate targets following June’s vote.

But the turmoil of the referendum result is threatening to blow the UK off course. Despite assurances, energy and environment issues are likely to be a long way down the list when negotiations over the UK’s exit begin.

The delay and disruption could leave energy investors waiting for months or even years, as they try and unpick the possible implications of the terms of Britain’s exit, including what UK energy policies and EU regulations will survive.

The abolition of the Department of Energy and Climate Change at the beginning of May’s tenure has done little to calm increasingly jumpy investors. Nor has the government’s decision to scrap renewable energy subsidies.

By ratifying the Paris agreement as soon as possible, the UK government could go a long way to allaying many these doubts. It would be a clear signal to investors that Britain is taking its climate change commitments seriously and that it is genuinely pursuing an energy agenda that puts cleaner, renewable sources at is heart.

This should be a priority of the new cabinet, and a cornerstone of the UK’s post referendum industrial plan.

But warm words from the government will not be enough, we need concrete commitments. Brexit cannot be allowed to distract or disrupt our transition to a cleaner, greener economy.