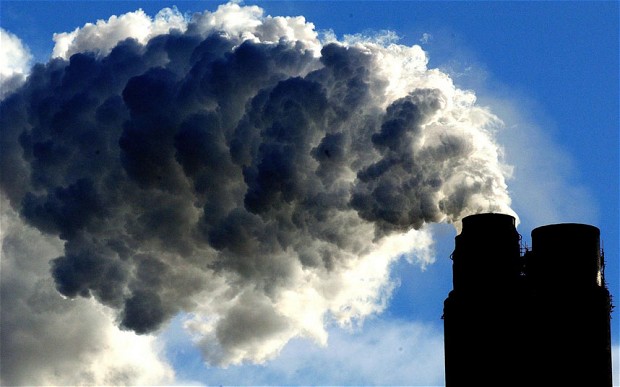 The pressure is mounting on the UK government to back more ambitious measures to combat air pollution, as final negotiations on the National Emissions Ceiling Directive (NECD)1 take place on Wednesday evening between EU national governments and MEPs.

MEPs have called for a range of ambitious measures to tackle the growing public health crisis2, which have been backed by the Mayors of London and Paris, who wrote to the British and French governments last week asking them to back the most ambitious deal possible3.

This letter came before revelations that the UK government is leading efforts by Member States to water down proposed measures that would more than halve the number of deaths from air pollution within 15 years4. This includes efforts to reduce targets on agricultural emissions, which have recently been linked to the smog episodes that have hit the UK and that had previously been blamed on Saharan Dust5.

Speaking in advance of the negotiations, Seb Dance MEP, a leading member of the European Parliament’s negotiating team on the report, said:

“The UK government holds significant sway in the Council, unfortunately it’s used this power to lead a coalition of the unwilling among Member States, fomenting opposition to ambitious new rules that would more than halve air pollution-related deaths by 2030.

Given one third of air pollution is blown in from across the English Channel, the UK government’s attempts to undermine this process is pretty shameful really. It has consistently put the vested interests of the powerful agricultural lobby above those of the British public.

If the government gets its way tomorrow and the current proposals on the table are fundamentally weakened, then 11,000 British lives would be lost prematurely by 2030. Tory ministers must stop their drive to undermine these new laws and take the necessary action to address this growing public health crisis.”

2. The European Parliament has called for strict and binding targets for 2020, 2025 and 2030; the inclusion of strict targets on ammonia and methane; access to justice for NGOs and the public if national governments failed to act; and greater powers for local authorities to tackle the problem

For more information contact Russell Antram at russellantram@sebdance.co.uk  or +44 7539 352797