Press Statement: Labour MEP tells UK government to 'put up or shut up' after Putney breaches NO2 limits 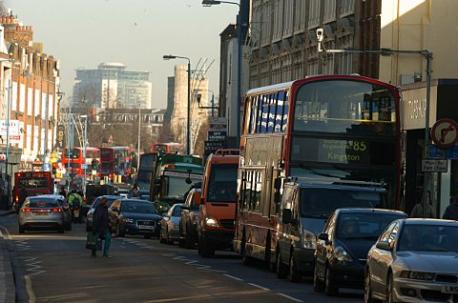 The news will mount pressure on government Ministers to tackle air pollution. At a landmark judgement in April 2015, the UK Supreme Court ordered the UK government to submit new plans to meet existing EU rules on nitrogen dioxide (NO2).

The UK government's inability to meet current targets are timely, given new EU rules on air pollution under the National Emissions Ceiling Directive are set to be agreed in March.

Ahead of the negotiations with Member States, the European Parliament backed a range of ambitious measures to tackle air quality in October 2015, but the UK government has been at the forefront of efforts to water down the targets for NO2, which accounts for tens of thousands of premature deaths across the UK. Tory ministers have also agreed to let carmakers off the hook following the VW scandal, granting carmakers new flexibility to break current EU emissions rules.

"Receiving this dubious accolade has become a depressing annual event for London. NOx kills thousands of Londoners every year, but the government shows no inclination to take proper action.

Tory Ministers say the right things, but in reality they have lobbied hard against ambitious new EU air quality targets and have let car manufacturers off the hook after the VW scandal. It's time for the UK government to put up or shut up.

The government's inability to comply with current EU rules is unsustainable. Last year the Supreme Court ordered Ministers to come up with new plans to limit NO2, if these plans fall short the door will remain open to a renewed legal challenge."