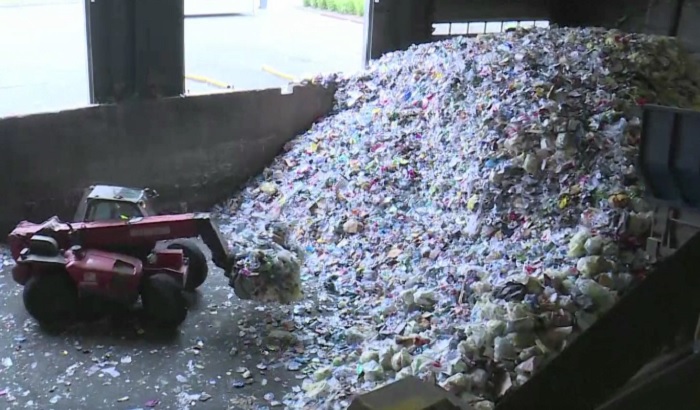 Seb Dance, Deputy Leader of the European Parliamentary Labour Party and MEP for London, has criticised the Conservative Government’s record on plastic waste, and called for urgent action to stop the UK from falling even further behind the EU on the issue.

The call comes as MEPs have voted to endorse a report, ‘A European Strategy for Plastics in a Circular Economy’, which calls for all plastic packaging to be reusable or recyclable by no later than 2030, and a complete ban on microplastics added to products such as cosmetics, detergents and personal hygiene by no later than 2020.

Mr. Dance, who serves as Labour’s Spokesperson on the Environment and Climate Change in the European Parliament, said:

“For all Michael Gove’s talk of a ‘green Brexit’, the Tory government’s record on plastics, like on so much else, shows they simply cannot be trusted to protect our natural environment.

“While the UK Government has a vague and entirely non-binding goal of achieving zero avoidable plastic waste by the end of 2042, the EU has set a target of all plastic packaging placed on the single market being recyclable or reusable by 2030. Similarly, while the UK Government has only promised to consult on a ban on plastic straws and drink stirrers, the EU is working to prohibit the sale of a whole range of single-use plastic products that end up on our beaches including cutlery, straws, plates and cotton buds.

“When it comes to enforcement, the EU has proposed proper systems for NGOs and individuals to be able to take governments to court for failure to implement legislation, but our government has not proposed any mechanism for legal redress where government and manufacturers fail to take action.

“The Government obviously lacks any real ambition to seriously address the crisis of plastic waste. We must be much bolder in our commitment to tackle this, and, if the UK does leave the EU, we must remain fully aligned to EU environmental regulation.”