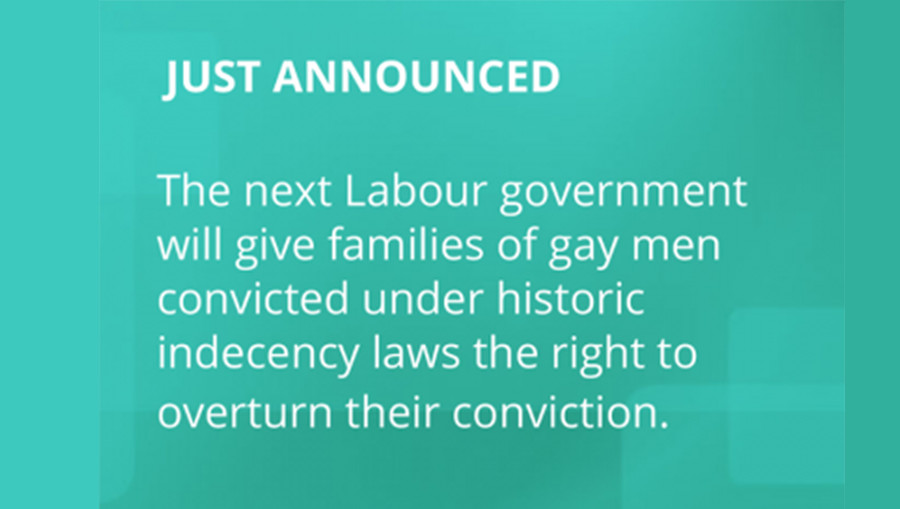 Today, Ed Miliband announced that the historic convictions of same-sex couple for gross indecency will be pardoned under a Labour government if elected in May.

This follows the campaign led by the British code-breaker, Alan Turing’s family to have not only his conviction quashed by also every other victim of this historic injustice.

Responding to the announcement, Seb said:

“I am pleased to see today’s announcement by Ed Miliband that the next Labour government will pardon the historic convictions of gay men for ‘gross indecency’. It is important at we as a society right these historic wrongs and that any shred of shame upon the families of this injustice are removed.”

While the government granted the pardon of Alan Turing, the famous breaker of the Enigma Code last year, families of other men and women convicted of this ‘crime’ haven’t received the same treatment. Currently, any living person who received a conviction for engaging in ‘gross indecency’ with a person of the same-sex can apply through the Home Office to have either conviction disregarded.

However, this is not the case if the person in question is already decreased.

Today’s announcement however means that the next Labour government will bring forward legislation that will mean the family of any individual who was convicted in these circumstances when homosexual relationship were still illegal in the UK will be able to get justice once and for all.