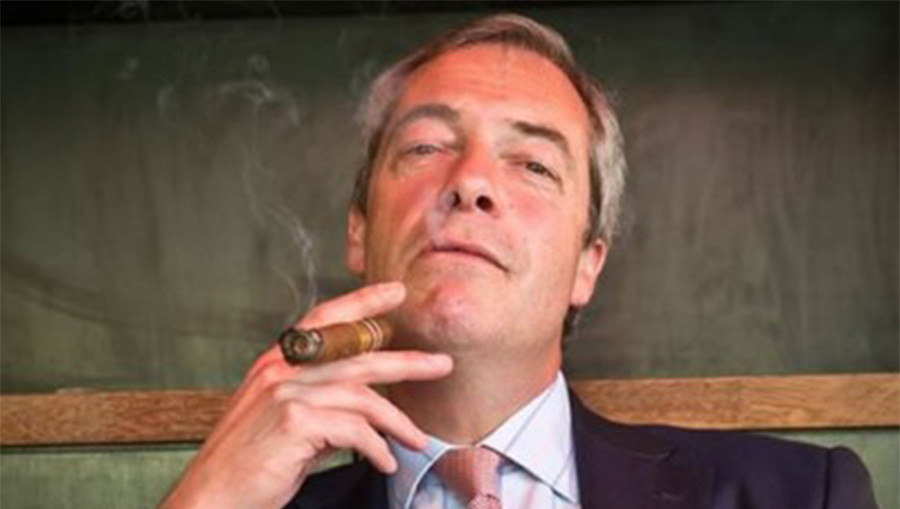 Policies for People’. That’s what UKIP promise. ‘The only party standing up for the little man’. That’s what Nigel Farage claimed earlier this month.

But over in Brussels UKIP MEPs have only had one thing on their minds, and it’s not been the British people – much less the ‘little man’ (or indeed woman). It was dogma.  The outright refusal to countenance cooperation with our European partners, does no justice to the voters’ interests.

While tax avoidance dominated the headlines in Britain, UKIP MEPs were busy voting against measures aimed at uncovering tax evasion and tax avoidance. Standing up for the little man? It wasn’t exactly one in the eye of tax dodging companies.

Although what were we really expecting from a party led by a man with an offshore tax fund on the Isle of Man?

So far, not so good.

How about legislation to prevent consumers from being misled on the origin of their food?

UKIP should have been keen; they said so in their ‘100 days till the election, 100 reasons to vote UKIP’ released last month. It still says it on their website.

Alas, UKIP failed to support these measures in Europe – and they failed to put the British consumer first.

Let’s try again. New laws to catch overseas drivers who commit offences like drink driving within the UK? Surely they could get on board with this; lives are put at risk by the police’s inability to track drivers from outside the UK. They voted against.

Comprehensive measures to combat terrorism in the wake of the Paris and Copenhagen terror attacks, including greater cooperation between EU countries? Nope, they voted against that too.

It is Labour MEPs, not UKIP, who are standing up for ordinary British people.

It is Labour MEPs who are playing a critical role to bring forward legislation to prevent future tax avoidance.

It is Labour MEPs who have led the European Parliaments’ calls to extend great labelling transparency.

It is Labour MEPs who put the victims of crime and families seeking justice over dangerous drivers.

And, it is Labour MEPs who backed enhanced measures against terrorism and radicalisation.

UKIP are putting their dogma on Europe above the people they claim to represent, and the British people are losing out.