We need another referendum, but not a rerun of the 2016 Brexit vote 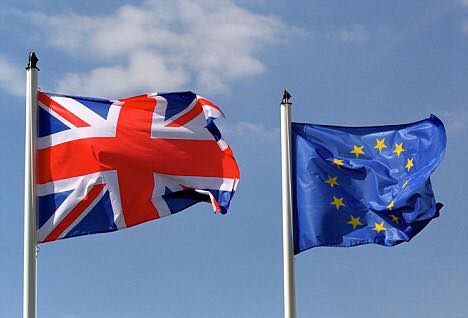 This article first appeared in The Independent on 1 February 2019

We’ve become so used to labelling each other. Remain or leave, Blairite or Corbynista, centrist or far-left. As a result we’ve stopped listening to each other’s arguments.

So here I am – Seb Dance MEP, arch-Remainer – arguing for a public vote on Brexit. Quelle surprise! But please, if you have so far opposed a second referendum, do not stop reading here. I want to make the case for why a public vote is the only long-term, sustainable way through this crisis.

I recognise the term “People’s Vote” is synonymous in the minds of many with a second referendum. Too many people – perhaps even some of its proponents too – think it’s a way of revisiting the same question put in June 2016. But it emphatically cannot be. There are many ways in which the 2016 referendum did a disservice to our democracy, but chief amongst them must be the fact that the “Leave” proposition was a blank canvas, onto which all manner of promises and undeliverable fantasies were written.

The vote I’m advocating is very different to the June 2016 referendum. I am arguing for a vote on the concrete, deliverable options now before us.

As Keir Starmer has said, in terms of Labour Party policy we have now moved decisively onto the next stage of our policy agenda. We sought to secure a General Election through a motion of no confidence. That unfortunately didn’t pass, so now there are two options before us: to seek a cross-party consensus on an alternative deal based on membership of a customs union or a public vote on the way forward, including an option to remain in the European Union.

There may well be other moments in the near future to force a general election. And goodness knows we all want rid of this appalling Tory government that has created this mess. But we must also recognise that time is slipping away. Fate has landed Labour with a dilemma: we cannot simply sit and watch the Tories implode. Whatever we now decide will determine what happens with Brexit.

But the reality is it’s not a simple choice between seeking a cross-party consensus on a customs union-based approach or holding a public vote. They are not competing options, but one and the same. There is no way a compromise position could hold in the medium term, once we have emerged from the current crisis, unless that option is ratified by the voters.

Let me explain why. Let’s assume there is a consensus among MPs for a softer Brexit based, as a minimum, on membership of a customs union. Or indeed to go further and include membership of the single market too in a “Norway plus” relationship. Immediately a huge swathe of Leave voters would be opposed on the basis that we would not be able to sign the mythical trade deals they have been promised. Even if we weren’t members of the single market, membership of a customs union alone would also require a huge degree of alignment with the single market, in order to guarantee harmonisation of standards and to prevent a race to the bottom (this is the so-called “strong single market deal” we hear so much about).

Inevitably there will, at some point, come a European Directive that the UK will have to apply, but over which we will have no say, and that rouses a huge campaign against it, which then morphs into a “we voted for proper independence, not for this” campaign. This “compromise position” will at this point find few friends willing to defend it, creating a crisis all over again.

Those who wish to avoid another referendum and hope for a compromise to get us through this must disabuse themselves of the wishful thinking that a plan that can command majority support in the House of Commons today will somehow survive intact further down the road. It won’t. A public vote is the only chance it would have of survival.

This need for a democratic mandate applies to every other iteration that could possibly emerge from this Brexit process. May’s Deal is so far from what was promised in June 2016 that it is impossible to say it has public consent. As is so-called “Canada Plus” and a “no deal exit”. None of them are anything like what was promised to voters in the referendum.

But let us be clear. No deal is another fantasy blank canvas, similar to June 2016. It allows a variety of outlandish promises and unachievable goals to be presented as a “clean Brexit”. We must be clear. The overriding purpose of a public vote now is to present the actual, achievable options and to ensure the winning option is sustainable in the long-term. No deal must not be on the ballot paper. All shades of the Labour family have been 100 per cent correct to rule out no deal.

There can be only one other major argument against the idea of a public vote: that we will face a backlash with cries of “betrayal”.

We must face the reality of the betrayal myth. The truth is it’s inevitable whatever happens now.

This is how it the myth will be written. If we exit without a deal, the economic damage it would cause would never be the fault of the reckless Brexiters, it would be blamed on “the immigrants” we did not “send home”. If we accept May’s deal, it will not be a “proper Brexit” because the so-called elite “conspired to deny the British people of their true independence”, while the lost jobs and lower living standards it would bring would further fuel the frustrations of those who voted Leave in the first place. If we have a cross-party compromise in the form of current Labour policy, although it would help mitigate some of the economic damage, it would be seen as another conspiracy by those who don’t “respect democracy”. A revocation of Article 50 would be cynically portrayed as a betrayal by the establishment that never wanted us to leave the EU in the first place.

Only a public vote that gives democratic consent for the way forward can lance any of these boils. With any possible outcome so far from the promises made two years ago, it is the only way to put solid foundations under our future path.

I implore everyone in the Labour Party to stop thinking about a public vote as a re-run of 2016. We are in this mess precisely because what “Leave” meant was not specified. Now we can specify it. Now we can define it. We must get democratic consent for the path we choose or not only will our economy be damaged, but our democracy too.

A public vote is Labour’s only credible option. If we support it, it will happen. And we will have helped to save politics in this country for a generation.