What leaving the ETS means for the UK 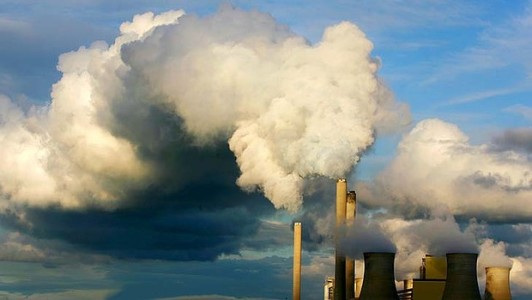 The European Union Emissions Trading System (ETS) is not necessarily the most the glamorous of topics to be focussed on in these turbulent political times. Indeed, it has warranted relatively few mentions in much of the coverage of the possible consequences of the UK’s departure from the European Union.

However, since its launch in 2005, it has been the cornerstone of the EU’s climate change policy, delivering its emission reduction goals in a harmonised and cost-effective manner. It works on the ‘cap and trade’ principle- a cap is set on the total amount of certain greenhouses gases that can be emitted, and then the cap is reduced over time to ensure total emissions fall. Companies receive or buy emissions allowances, and can then trade with each other to sell surplus allowances, and can also buy limited amounts of international credits from emission-saving projects around the world. Fines can be imposed if companies breach their allowances.

Around 45% of all carbon dioxide emissions in the EU are covered by the ETS, and it covers everything from the production of cardboard to heat generation to commercial aviation, and the UK was a pioneer of the system. It is all too easy to forget in this post-Brexit world that the UK has often been an influential, progressive force within the EU on issues relating to the environment and climate change- and we had our own ‘cap and trade’ system from 2002 until it merged into the EU ETS in 2009.

Being part of the system helps with the circulation of goods and energy around the European market, with high duties imposed on imported heavy goods with a high carbon content, such as Chinese steel, ensuring they only account for a small share of the market.

The EU ETS has also been of direct benefit to UK communities hit by the crisis in the steel industry. Whilst the UK government stepped back from granting state aid in the cases of Port Talbot and Scunthorpe, hiding behind a deeply flawed misrepresentation of EU rules, some plants have been able to survive with EU allowances that are specifically designed to avoid cliff edge scenarios for traditional heavy industrial workers.

So far we have heard worryingly little from the UK government on the future of the UK and EU legislation on the environment and climate. Despite it being the largest area of law that will be transposed, and the absolutely vital need to continue working on a transnational basis on this, the Government’s repeal bill has nothing to offer.

Remarkably, on this issue there is broad agreement across sectors- businesses want to be part of the EU ETS or an equivalent as it gives them access to their biggest market, whilst climate charities and NGOs see it as a vital framework for the UK to meet its commitments under the Paris climate accord. These perhaps unlikely allies are speaking in unison, yet the government is simply not listening. Preoccupied with infighting and the ideological pursuit of Brexit at any cost, they have nothing constructive to offer on the preservation of environmental gains, and the future of European and international cooperation on emissions.

With Donald Trump’s ignorant, irresponsible and irrational disregard for science as well as for the Paris Agreement, it is now more vital than ever that Europe remains united in the battle to protect our planet. Sadly, the government seems willing to allow the UK to turn its back on the greatest challenge of our time- causing untold harm to businesses and communities as it does.