You're In Denial! Get Over It! 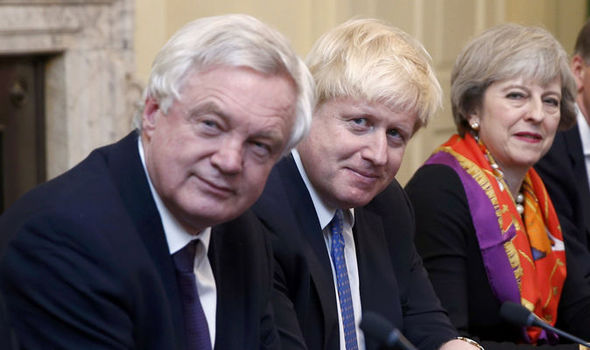 Originally published in The Independent on 16/03/17

The decision’s made. Stop whinging. Accept it. You’re in denial. Just get over it.

I suspect I’m not alone in having been given this advice. But denial is no longer solely a symptom of being a Remoaner. We’ve had a long time to react to and cope with the referendum result. And I’ve no doubt that many of us – me included – have had many moments where we denied any of this is actually happening. But it is. And it’s a necessary part of the human condition to be able to deal with the reality we find ourselves in.

The truth is that the Brexiteers now need our help. They have it much worse than we ever did. Their own denial has reached an epic scale – and now poses a real threat to our country.

There are two stages of denial currently on display from this Government. First Stage Denial is exemplified by our Prime Minister, Theresa May. The oft-repeated and very tiresome phrase “Brexit means Brexit” was the first clue to her state of mind. It was a simplistic statement designed to wish away the complexities of the task at hand.

Her speech at Lancaster House and the subsequent fantastical list of contradictory priorities in the White Paper then demonstrated that she is incapable of facing up the facts: that we cannot enjoy the benefits of a club without meeting the rules of the club. My colleagues in Brussels could not be clearer: yes, they would love for Britain to stay and to play a part, but the integrity of Europe is more important than good terms for, say, the German car industry. A club without rules and without membership is no longer a club.

The Prime Minister uses the full weight of the machinery of government to back up her denial. All of Whitehall’s energy now goes into perpetuating a lie: that there will be only gain and no pain from our departure from the European Union, Single Market and Customs Union – the cornerstones of our economy for 40 years.

Stage Two Denial is more advanced. This is reserved for those who believe their moment has finally come, those who have never believed in our European identity and who crave instead a glorified version of our past – what many of them now call Empire 2.0. So convinced are they that our links to the Commonwealth mean there is no need for a deal with the EU that they are reportedly advising the Prime Minister to walk away from the negotiations. They want no relationship with the EU whatsoever.

Leaders of the Leave campaign such as Lord Lawson now say there is nothing to fear from exiting on WTO terms. It’s a denial not just of the truth but of the thousands of jobs in hundreds of sectors that have grown to be dependent on the network of free movement and free trade. The inevitable pain their approach would lead to, they now hope will be blamed not on their own irrationality, but on our negotiating partners.

A well-functioning Opposition would make mincemeat of the Prime Minister’s fantasy wish-list, and of the fantasists pushing their vision of Empire 2.0. But unfortunately denial isn’t just confined to Tories.

Too many in my own party continue to believe that the Government might yet come up with a “good Brexit”. Some still hold onto the belief that the economic interests of key sectors will win out and secure us a piecemeal deal with the EU. Everything I hear from my colleagues in Brussels suggests this is pure fantasy. But there is little counterweight either in British politics or in the British media to the Government’s approach.

Consequently, many now believe this process will be relatively straightforward, and certainly not worthy of the fuss devoted to it in these pages. And the Prime Minister, buoyed by the opinion polls, unthreatened by serious opposition and enjoying the fruits of her by-election win, knows that the current course is currently popular. What could possibly go wrong?

In truth, everything. Very few people in politics at the moment seem to be looking forward to the most likely outcomes of this process. The British people are being consistently told this will be a success, that as a nation we will be stronger and more powerful as a result. Yet everything the Government is now doing, including first and foremost the appalling rhetoric aimed at our current allies, is making the prospect of a good deal and a “successful” Brexit less and less likely.

When the extent of their betrayal and their failure becomes impossible to hide, there will be considerable anger from the British public, entitled to ask why they were so badly misled. Political energy should be spent now – not then – on addressing this.

Denial on this scale is not benign. It could lead Britain to a very dark place indeed. All those who believe in democracy must challenge it before it’s too late.